Let’s begin by saying that as of this writing, abortion is still a constitutional right. But on Monday night, a leaked draft opinion revealed that the conservative majority of the Supreme Court is set to overturn Roe v. Wade, effectively ending a woman’s right to chose.

Published by Politico, the document is a first draft majority opinion regarding Dobbs v. Jackson Women’s Health Organization, a challenging case Mississippi’s ban on abortion after 15 weeks. Signed by Justice Samuel Alito, the draft opinion states, “Roe was egregiously wrong from the start,” adding, “We hold that Roe and Casey must be overruled.” (Casey refers to the 1992 case Planned Parenthood v. Casey, which affirmed Roe but allowed states constrain abortion rights without removing them.)

Abortion is always a hot issue, but with a conservative push already severely restricting rights in red states, the upcoming midterms, and the now very real threat that women won’t be able to make one of the most fundamental decisions about their own bodies , it has reached a true boiling point. A number of musicians, actors, and celebrities are also getting heated over SCOTUS’ apparent plans.

Read some of these reactions below — and then take action. Contact your Senators and demand they codify Roe v. Wade with law, even if they have to explode the filibuster to do it. Raise your voice in protest; this decision is not final and public pressure could persuade one SCOTUS Justice to flip. Vote in the midterms. Donate to organizations and funds that support legal, safe access to abortions.

they wage war on women
we will fight back

Getting darker by the minute

I support a woman’s right to choose, and@amandashiresand I give to the Yellowhammer fund in Alabama. Please give if you can. https://t.co/X8Knk55bJD

Those motherf*****s really did it. First they came for Black voters, then they targeted LGBTQ+ families. Now, women of America, they’re overruling Roe v. Wade.

We have to unite and strike back. Take to the streets. Overwhelm them at the ballot box. They have gone too damn far.

As the staggeringly partisan, right wing-dominated SCOTUS nudges America closer to Handmaids Tale status, the importance of voting in EVERY election becomes even more obvious. One would hope today’s news erases any further delusions that “both parties are pretty much the same.”

Even these two idiots know… pic.twitter.com/PhK6Jhf3bg

Irresponsible ejaculation. That’s the cause of all unwanted pregnancy. Most guys I knew were afraid to get a woman pregnant. #RoeVWade protects everyone – women AND men – from parenthood before they are ready, willing and with the right co-parent.

How nice that these ideological nuts who don’t care about democracy or the will of the people — who overwhelmingly support a woman’s right to choose — can feel safe inside whilst they eviscerate our rights and condemn women to die. Abortion will never end. Only safe abortions. https://t.co/Zl0GOgv8z8

Forced birth? Not really. I lived through the abortion ban years. The fact is that there wont be fewer abortions women will continue to get the abortion they need. Except those abortions wont be safe. Many, many women and girls will be mutilated or die.

Get your Boots off our wombs

Votes matter. Voting in EVERY election matters. The people we elect — or those who are elected when people can’t be bothered to #vote — make decisions every day that affect our lives & livelihoods.

This decision affects the HEALTHCARE of millions of women.

Tough Love Time: Elections have consequences and decisions are made by those who show up.

Tweeting is not activism but VOTING is.

Get off your ass and vote.#RoeVWade #scotus

Two unelected people have decided that millions of American women will no longer have a right to make decisions regarding their reproductive health. As we take another big step towards Fascism, never forget: ELECTIONS MATTER!

our justice system is enacted violence against its people, the time to act on this was years ago https://t.co/IXpFwut4tv

Maybe now the true majority will RISE THE FUCK UP AND PUSH BACK! THIS is what happens when you let a bullying MINORITY run the show! https://t.co/8rmLbYRaq8 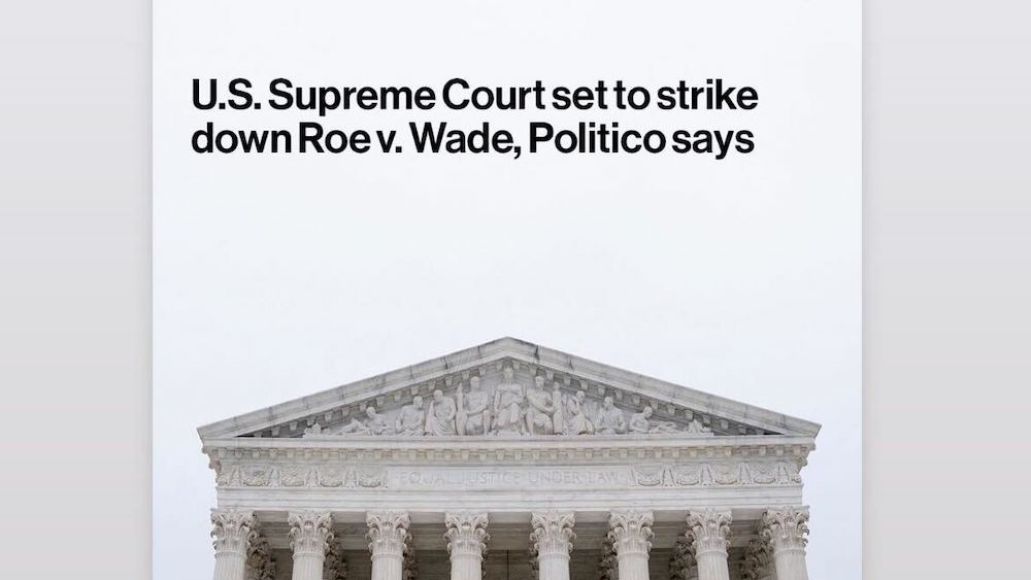 Everything we knew was going to happen is happening and it’s as fucking sad as we thought it would be.

“This is a great victory for God.” Happy to hear . God needed a victory. I hope the old bastard takes the night off and pops a cold one. https://t.co/TTYPftnpFi

I’m so, what’s the word right now? I can’t say it. Everyone is focused on whose wearing what at the Met Gala and women’s rights are taking the biggest hit in plain sight. I wish everyone would focus on one thing. We need everyone to focus on the news coming out regarding #SCOTUS

If life begins at conception, why aren’t Republicans making sure that the men who cause pregnancies take any responsibility? Because they’re not “pro-life”. They are anti-women.

I want to believe a consequence of the dogs finally catching the car and planting the full authority of the government inside every womb would be a collapse of the Republican Party. Yes, almost 70 percent of us support choice, but no, GOP women will always vote for the assholes.